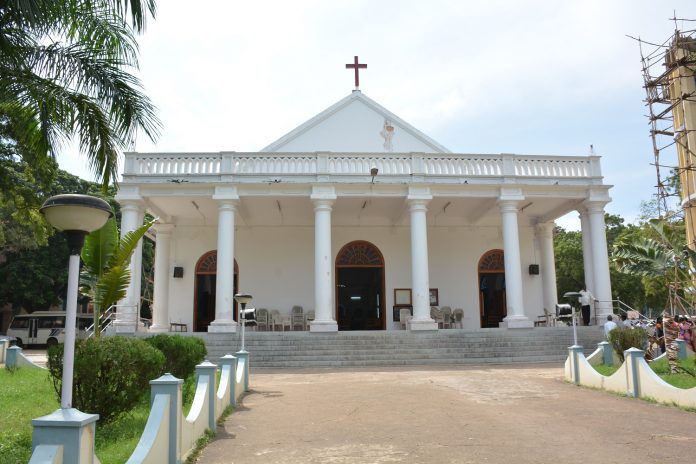 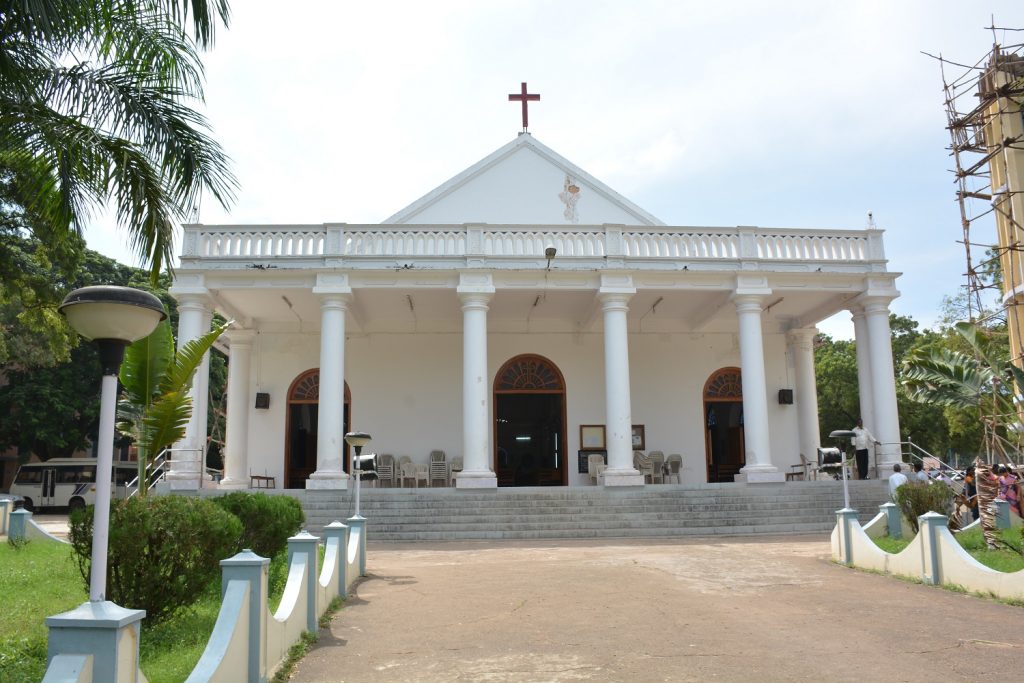 Home Church, Nagercoil is one of the oldest Churches in Asia and also the biggest and oldest of the Protestant Churches in South India. It was built during the British reign. This Church comes under Church of South India (CSI).

Rev. Charles Mead, known as the “Father of the South Travancore Mission”, was born on the 1’st of October 1792 at Bristol, England. He was ordained at Chichester on 6th March 1816. As per the London Mission Society’s report, Rev. Charles Mead was nominated for Travancore as Missionary Rev. Ringle Taube’s successor.
He left England on 20th April, 1816 for Travancore State and arrived at Madras on 28th of August 1816 along with Rev. Richard Knill, who was the Pastor of the church at St. Petersburg. He left for Travancore from Madras on the 9th of September 1817 along with his wife and arrived at Colachel on the 17th of January 1818. During his journey, the ship was stabled at Prince of Wales Island where his wife passed away leaving behind a child due to her prolonged ill-health. Finally Rev.Charles Mead arrived at Colachel with his child John Hunt after his tragic journey. Rev.Charles Mead, was heartily welcomed at Colachel by Vedamanickam who was holding charge of the mission work.
Col. Munroe had already issued instruction to the Sircar officers to repair the small mission house at Mylaudy in consultation with Vedamanickam and suggested certain alterations for the stay of Rev. Mead.
In the meanwhile, Colonel Munro offered his own circuit bungalow at Nagercoil for his occupation and invited him to stay at Nagercoil. Rev. Mead gratefully accepted it, and then made Nagercoil as his headquarters for the Missionary works he was about to accomplish. In April, 1818, Rev. Mead was appointed as the Civil Judge of Travancore State by the Travancore Queen.

Construction of the Home Church

By the effort of Rev. Charles Mead, the Church foundation stone was laid on the 1’st of January 1819 on New Year’s Day by Rev. Richard Knill, and was completed by the Rev. Charles Mault in 1843. This Home Church is perhaps the largest Church in the East, 140 ft. X 70 ft. The building is of Greek style. The land on which the Home Church was built was donated by the then British Travancore Resident, General John Munro. He had acted as a catalyst between the Missionary and the government of Madras and the Kingdom of Travancore.
H.H the Maharani of the State gave free timber, free use of the temple elephant to assist in the work, and allowed convict labour. Later His Highness the Maharaja of Travancore who happened to pass this way and see this noble structure rising, gave a donation of Rs. 2,500/-. H.H the Maharaja of Cochin and the Rajah of Tanjore also donated liberally. These prove that though this was meant for a place of worship for Christians, non – Christians also helped and encouraged the efforts thus appreciating the all round uplifting influence which is bound to result through Christian Missionary enterprise in the lives of everyone irrespective of one’s religion.

Growth of the Church

Four families, comprising thirteen souls, were the first Christians. But today there are more than four thousands on the rolls. What was once a jungle of prickly pears has been transformed into a garden of graft mangoes and coconuts. What was then the outskirts of a tiny village has now become the centre of a flourishing town.
The building, a very strong one, is of stone work, and hence its name, the Stone Church (Kal Koil / Kar Koil). The basement is of huge hewn ashlar stones, so huge that elephants were employed during the construction. There is a tall terraced portico and a spacious vestry and store – room at the back. The large doors and windows and the tall pillars of the terrace, together with the elevated location, give a majestic appearance to the  Home Church. Originally the roof was thatched with coconut leaves. In around 1862, the present roofing was built. It was of galvanised iron sheets over closely placed rafters arranged in Malabar style. The acoustic arrangements of the Home Church are excellent. The building is electrified and the original chandeliers were fitted with eight bulbs and one with thirty. These add to the beauty of the evening service.
In 1830, the Home Church hosted the wedding of Dr. Robert Caldwell, one of the best known linguistics scholars in the World.
The Home Church has a completely democratic constitution since 1860 and has ever since elected its own Pastors who have been eminent preachers. 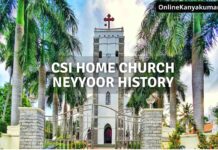 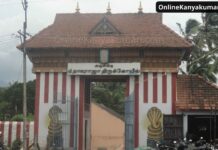 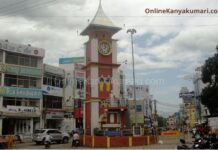