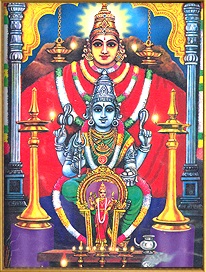 Mandaikadu Bhagavathi Amman Temple is the world famous Hindu Temple situated in Mondaikadu, a place 23 kms from Nagercoil, 60 kms from Trivandrum and 100 kms from Tirunelveli. This Temple is built in Kerala style. The holy Tree for this Temple are Bo Tree and Neem Tree.

People all over from Kanyakumari District and Kerala come to worship the Bhagavathi by offering Pongala and also dip their feet in the sea.

In the Tamil month of Panguni, the star Panguni day is celebrated as Bharani Kodai. It is believed that Mandaikadu Bhagavathi Amman was born on this day. This year 2016, the Bharani Kodai is on 9th April 2016 (09.04.2016).